So theres a new Stargate TV series on the way called Stargate Universe, so here is the trailer that aired at Comic-con 2009.

The Pacific is a 10-part mini-series from the creators of “Band of Brothers” telling the intertwined stories of three Marines during America’s battle with the Japanese in the Pacific during World War II.

Comedy Central has ordered all brand new episodes of Futurama, and the show has officially gone back into production. They have given the series an order for 13 additional episodes, which follow the original episodes and the four full-length DVDs.

One of the gifts I got for Christmas was Season 2 of Dexter on DVD, the cool part about this is the way it came packaged. 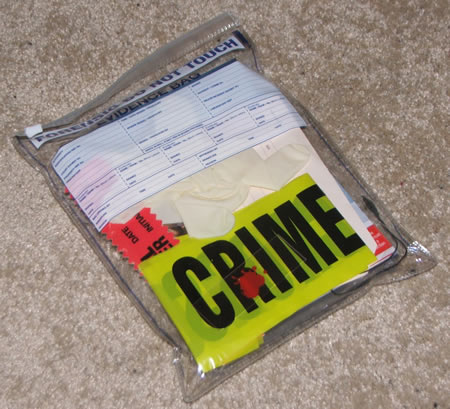 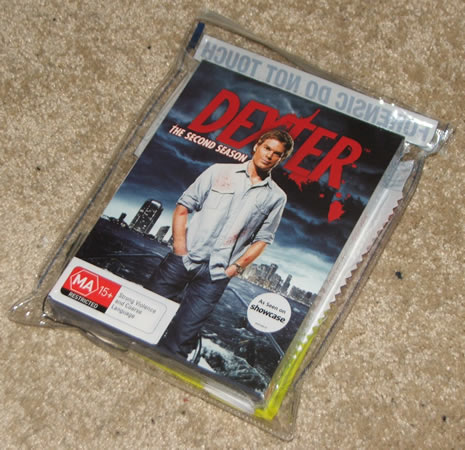 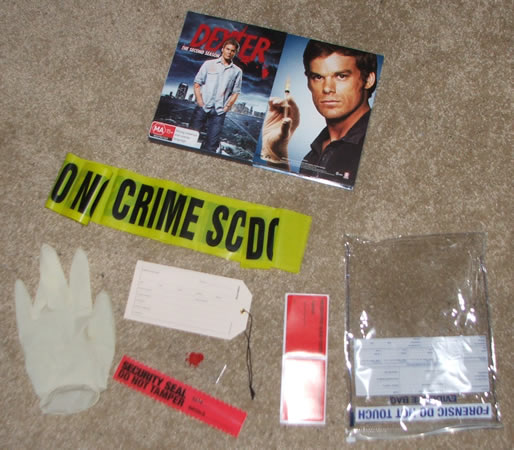 So yes unfortunately season 2 has been pushed back to next year, so we all have to wait some time for our next fix. But in the mean time the producers have seen wise to release a list of the guest stars for the new season.

Top Gear presenter Richard Hammond has been seriously injured while driving a jet powered car. It is believed that he crashed the vehicle at of 300Mph (480Km/h) with the vehicle rolling multiple times.

Some sad news, but things may be up as MGM is pushing to keep the series running on another network.

The future of Stargate is in question today, as SCI FI Channel has cancelled the long-running Stargate SG-1, Multichannel News reported today and a GateWorld source has confirmed. The news regrettably follows the airing of the show’s milestone two-hundredth episode on Friday in the US.

In three years, there will be at least eight new channels on the living-room television, with other programs beamed straight to the mobile phone.

The new media regime proposed by the federal Government yesterday also promises that a greater range of sporting events will appear on pay-TV rather than free-to-air channels, as the owners of the sports rights are forced to screen events or give them up to Foxtel and others.

“It is consumers who will be the biggest winners, with access to a range of new services, potentially including several new digital channels, and even more to come in the transition to digital television,” said Communications Minister Helen Coonan as she unveiled the changes.

The reforms mean public broadcasters ABC and SBS will be able to show a greater range of material on their extra digital channels from next year.

From 2009, they will all be able to add another standard-definition channel. All the extra channels will only be available to Australians who buy a digital television or a digital set-top box that allows their existing analog set to pick up digital signals.

Limits on the new channels mean stations will not be able to screen sports content not already screened on their main analog channel. This would restrict Seven, for instance, from running a separate channel for Australian Rules football.

Despite the changes, Senator Coonan has put off any opportunity for a fourth free-to-air station until at least 2012, when the analog signal is switched off and everyone will have to convert to digital TVs or set-top boxes.

Instead of a new TV network, however, a range of new services is being proposed on the spare spectrum from 2009, including emerging mobile TV technology and other TV-like services.

Once the switch to digital television happens, all TV stations will be free to broadcast as many channels as they can in their spectrum allocation. Under the latest “compression” technology, this would be about eight for each existing station — or 40 free channels through the living room television.

There is still little detail about what sort of “new” services will be made available on the spare channels being offered from 2009.

“What I need to do was to get in-principle approval to allocate the new channels,” Senator Coonan said last night.

“Now we need to design the spectrum and see how it works. It is a very complex task. I am just not going to say what services they will, but it could be mobile or its could be an in-home service straight to your TV set. But it cannot be a fourth TV station by another name.”

She said that rules governing the spectrum and a plan for either selling it by auction or handing it out by “beauty parade” — where it is given to the bidder with the best proposal — would be formulated before the end of the year.

Pay-TV group Foxtel, which is 25 per cent owned by The Australian’s publisher, News Corporation, has been running trials of mobile TV services with Telstra and Macquarie Bank.

The Ten Network yesterday dumped its Big Brother: Adults Only series, just one day after being told by Coalition MPs the steamy show was damaging the network’s push for key media reforms.

Network Ten executive chairman Nick Falloon and chief executive Grant Blackley received an ear-bashing in Canberra this week while lobbying for law changes that would drive up the potential sale price of the Canadian-controlled company.

Nationals senator Barnaby Joyce said yesterday he harangued the executives over Big Brother on Thursday in a meeting arranged by Ten to argue the network’s case for media reform.

“I listened to what they had to say then told them in no uncertain terms that they were doing themselves no favors arguing for reforms while Big Brother was still on the air,” Senator Joyce told The Weekend Australian.

Mr Joyce said the delegation argued the adults-only version, screened at 9.40pm on Mondays, had been sanitised after complaints about last year’s series.

It is understood Communications Minister Helen Coonan, who has put together the proposed media reforms, also told Mr Falloon many MPs were complaining about the show.

Ten said yesterday it had dropped the series, saying there were only “three or four episodes” left to run.

“Questions continue to be raised as to whether the show should be on air,” a Ten statement said. “We did not see that situation changing, regardless of how we treated the program, and that uncertainty was putting unfair pressure on our team.”

Asked whether the show was dropped due to the push for reforms, a Ten spokeswoman said: “This has come from us looking at a range of issues.”

Ten owner CanWest, a Canadian media company, said in its submission on media reforms to Senator Coonan that plans to wind back foreign and cross-media ownership would enable the industry to increase its profits.

A change in ownership laws would allow more companies to attempt to buy Ten, driving up its price.

The committee is demanding the Australian Communications and Media Authority be given wider powers to patrol content on free-to-air television and respond to public complaints.

Ms Draper and Senator Joyce were last night pleased with Ten‘s decision to scrap the adults-only version of Big Brother.

Senator Joyce said the Ten delegation had remained largely silent during his spray on Thursday. “They just sat there sheepishly, looking around for the nearest exit,” he said.